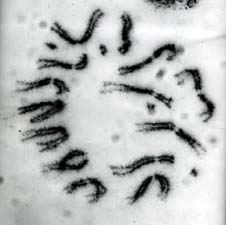 Figure 2. Barley (left) and rice (right) chromosomes at the metaphase of somatic division. (at the same magnification) 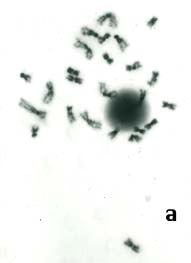 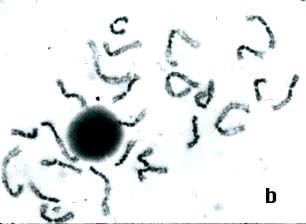 Figure 3. The nuclei at the prometaphase (a) and the late prophase of somatic division. Figure 3b is the nucleus used for the construction of Figure 1b (2n=24+1).

For the detailed analysis, chromosomes at the pachytene of prophase in the first division are used (Figures 4a, b, and c). Not much difference in the pattern of chromomere configuration was found at this period among O. sative (AA genome), O. punctata (BB genome) and O. brachyantha (FF genome). 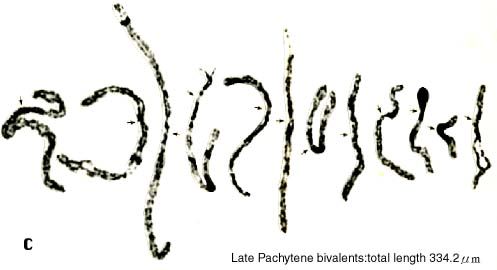 Figure 4. (a) Pachytene nuclei and (b) the late pachytene bivalents during the prophase at the first division of meiosis.